What is Private Cloud (internal cloud or corporate cloud)? – Private Cloud (internal cloud or corporate cloud) is a type of cloud computing that delivers similar advantages to the public cloud computing, which includes scalability and self-service, but along with a proprietary architecture. Unlike public clouds, which deliver services to multiple organizations, a private cloud is dedicated to a single organization. Here companies and organizations can get private cloud infrastructure as a service, at different prices. 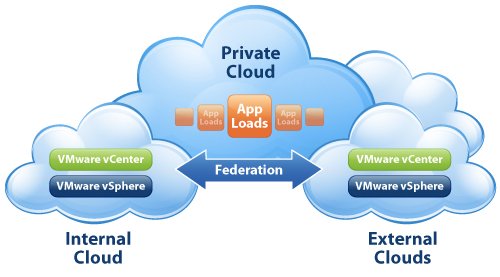 As a result, private cloud is best for businesses with dynamic or unpredictable computing needs that require direct control over their environments. Also, a new kind of cloud servers is getting developed called the public private hybrid cloud. Bussiness owners should also look into the business cloud server, Private Cloud infrastructure as a service etc. kind of services, for risk-free business and confidentiality.

How private Cloud computing works is only one part of the equation. Just as important is the why – Why should a corporation use a private Cloud infrastructure? The answer to this question is simple: corporations utilize private cloud environments to store sensitive company data which employees can then access. As most companies have some type of sensitive data (client financial information, new product ideas etc.), the last thing a company wants if for that sensitive data to leak out onto the public Internet. For this reason, the private cloud servers are being used. Putting data behind an encrypted firewall accessible to only those employees with the right set of encrypted access keys, i.e. a private Cloud deployment – makes sense. 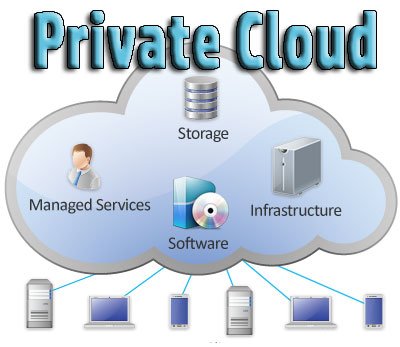 The Basics of a Private Cloud Computing Environment:

The basics of a private Cloud computing environment are simple: a Private Cloud infrastructure as a service is deployed behind a stringent corporate firewall accessible by only those behind a said firewall. Whereas a public Cloud infrastructure can be accessed by anyone using the Internet, the private Cloud environment can only be accessed and used by employees who are logging onto the Internet from behind the corporate firewall.

The Private Cloud is only accessible when reached from behind a corporate firewall. Making private Cloud computing risk-free.

Public and private cloud deployment models differ. Public clouds, such as those from Amazon Web Services or Google Compute Engine, share a computing infrastructure across different users, business units or businesses. However, these shared computing environments aren’t suitable for all businesses, such as those with mission-critical workloads, security concerns, uptime requirements or management demands. Instead, these businesses can provide a portion of their existing data center as an on-premises – or private – cloud.

A private cloud provides the same basic benefits of public cloud. These include self-service and scalability; multi-tenancy; the ability to provision machines; changing computing resources on-demand; and creating multiple machines for complex computing jobs, such as big data, useful with a business cloud server. Chargeback tools track computing usage, and business units pay only for the resources they use.

In addition, the private cloud offers hosted services to a limited number of people behind a firewall, so it minimizes the security concerns some organizations have around the cloud. The private cloud also gives companies direct control over their data.

But private clouds have some disadvantages. For example, on-premises IT — rather than a third-party cloud provider — is responsible for managing the private cloud. As a result, private cloud deployments carry the same staffing, management, maintenance and capital expenses as traditional data center ownership. Additional private cloud expenses include virtualization, cloud software, and cloud management tools.

However, to reduce an organization’s on-premises IT footprint, business cloud server providers, such as Rackspace and VMware, can deploy private cloud infrastructures. On many fronts, Private Cloud (internal cloud or corporate cloud) is extremely crucial for businesses. A new Public Private Hybrid Cloud is also coming into trend. 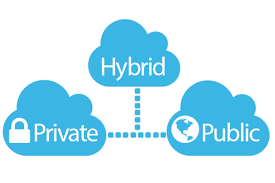 A business can also use a mix of a private and public cloud services with hybrid cloud deployment. This allows users to scale computing requirements beyond the private cloud and into the public cloud — a capability called cloud bursting.

Cloud computing is a general term for the delivery of hosted services over the internet. Cloud computing enables companies to consume a compute resource, such as a virtual machine (VM), storage or an application, as a utility — just like electricity — rather than having to build and maintain computing infrastructures in-house.

Cloud infrastructure refers to the hardware and software components — such as servers, storage, a network, and virtualization software — that are needed to support the computing requirements of a cloud computing model.