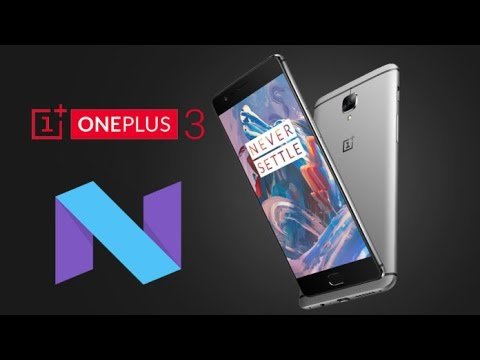 Carl Pei took to twitter to announce that they’d be releasing the Nougat Open Beta 1 for the OnePlus 3T, which is already live on their forums and the Android N stable OTA for the OnePlus 3 and OnePlus 3T, i.e. Stable Nougat for OnePlus 3 & OnePlus 3T, surprisingly. Carl Pei also claimed that many members of their R&D are not taking time off to celebrate New Year.

If you are interested in the Oxygen OS Open Beta 1 for the OnePlus 3T, you should visit this thread on the official OnePlus forums. If you want to jump right in, here is a direct link to the ROM — you need to side load this through ADB. The list of changes is what you’d expect:

Keep in mind that flashing the Open Beta will allow you to receive Open Beta OTA updates, but you will need to manually flash the stable release should you decide to change. If you want to check out the stable releases for both the OnePlus 3 and OnePlus 3T, i.e. Stable Nougat for OnePlus 3 and Nougat Open Beta 1 for OnePlus 3T, you will have to wait for the OTA to hit your device. It’s an incremental rollout, but it’s likely that the OTA will be captured by someone in our forums, so stay tuned!

We must commend OnePlus for staying true to their promise once again; by waiting until the very last day, hype levels went through the roof among OnePlus users, but negativity was also abound as many thought it’d be odd for them to release both the stable OnePlus 3 Nougat update and the beta on the same day. Luckily, OnePlus 3 and 3T owners get to wrap up 2016 with a neat new update, or at the very least, knowledge that it’ll hit their devices very shortly. What are your thoughts about latest Android Stable Nougat for OnePlus 3 and Nougat Open Beta 1 for OnePlus 3T? Let us know your thoughts below in the comments section !