The main reason for all the hype given to this discovery of Latest Earth 2.0 Kepler 452b Planet found by Kepler Telescope, is due the speculations from scientists that it may contain water, which the key for life to exist anywhere in the whole universe, as know to us. 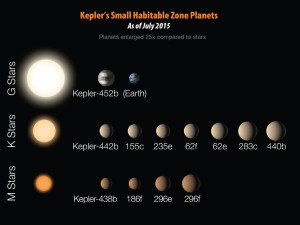 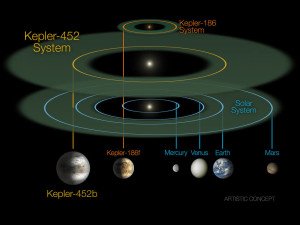 The NASA Kepler Telescope, which was launched in March 2009, has previously discovered more than 1,000 planets in the entire space. But this time NASA’s teasing LIVE announcement suggests that this discovery of NASA Kepler 452b Planet, could be its most significant till date. This has risen excitment in the minds of space researchers across the globe. This discovery of Earth 2.0 Kepler 425b, can proove to be a milestone in our knowledge about outer spce.

This discovery of Latest Earth 2.0 found, would be an astounding achievement, considering the fact that the first star-orbiting planet outside the solar system was discovered in 1995.

In a statement, NASA today announces live that : “Today, and thousands of discoveries later, astronomers are on the cusp of finding something people have dreamed about for thousands of years – another Earth.” or we can say Latest Earth 2.0 Kepler 425b found by Kepler Telescope.

How does NASA Kepler Telescope works :-

NASA Kepler Telescope works basically by constantly monitoring hundreds of thousands of stars at once, and analysing the changes in the light (electromagnetic radiations) levels that they give out. There are various highly sensitive devices and sensors which analyse these radiation levels and produce the results in form of readings. 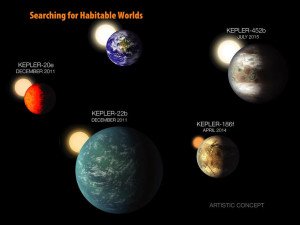 Using this method, it has been responsible for the vast majority of planet discoveries in the last few years and also of the Earth 2.0 Kepler 425b, the Latest Earth 2.0 found today.

Currently, NASA Kepler Telescope’s main mission is to detect earth-size planets within the habitable zone – the distance from a star where the temperature on the planet could allow liquid water to exist.

NASA Announces Live today about the Latest Earth 2.0 Kepler 452b Planet found by Kepler Telescope, which will be livestreamed online, in a conference beginning at 5pm, you can even share your thoughts with us, here in the comment box.